How the West’s Drought Is Affecting Lung Health

What CTS Can Do for You 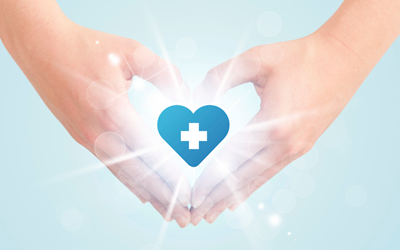 The California Thoracic Society (CTS) was very saddened to have learned of the recent events that transpired affecting a northern California child and her family following complications from surgery last month. Her case has drawn national attention and initiated an important dialogue on the issues of brain death and death in general. New York Times Jan 3 / New York Times Jan 7

Unfortunately, as a result of complications following elective surgery to treat the patient’s significant sleep apnea, the child was declared brain dead by her treating physician. She has since been evaluated by a number of expert neurology and intensive care experts, all of whom have reached the same conclusion according to the New York Times. Brain death is defined medically in unambiguous terms. Brain death is the irreversible loss of all functions of the brain, including the brainstem.1 This is an important distinction because advances in technology allow us to maintain vital functions artificially after the brain has lost irreversibly the ability to do so.

Although rare case reports document recovery from deep coma, no one has ever recovered from brain death. Death is medically defined as the “permanent cessation of critical functions of the organism as a whole. Since the brain is essential in integrating critical functions in the body, brain death as strictly defined is thus synonymous with death of the organism. Even though (a) heart continues to beat and only able to breath with the full assistance of mechanical ventilation, an individual is indeed deceased.”1 Hence in this situation, the doctors, treating hospital staff and Children’s Hospital Oakland have a moral and professional obligation to discontinue life support measures because they are no longer supporting life. 3 4

These situations are understandably devastating for both the medical professionals and families involved.5 They require the careful assessment and due diligence that has been provided by the medical staff in this case. The California Thoracic Society consent doctors and hospital are to be commended for being able to give the family time to come to terms with the devastating loss of a young child. That the conflict has become a protracted legal one only compounds the tragedy.2

The court system, including the court of public opinion, is likely the worst place to decide these matters that really belong in the realm of medicine and the patient/family-doctor relationship. There is ample legal precedent supporting removal of life support measures once medically qualified personnel have declared brain death. The Uniform Determination of Death Act (UDDA) which has been adopted by most states in this country, provides the legal basis for what doctors at Children’s Hospital Oakland are required to do at this time. Requiring a number of judges to review appeals to keep a lifeless body on life support does nothing to resolve the anger and pain of a traumatized family and professional staff.2

As we enter into the new-year our thoughts are with the family of this unfortunate young girl and we sincerely wish that they be guided by the just medical and legal principles that have been established to deal with this tragic situation. 2

About the California Thoracic Society

3. Report of special Task Force. Guidelines for the determination of brain death in children. American Academy of Pediatrics Task Force on Brain Death in Children. Pediatrics 1987; 80:298.

5. Cranford RE. Discontinuation of ventilation after brain death. Policy should be balanced with concern for the family. BMJ 1999; 318:1754. #