CSRC – The Journey to an RRT License Minimum in California 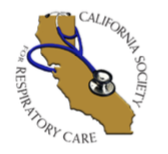 In early 2004, the CSRC Board of Directors took action and presented Stephanie Nunez, California Respiratory Care Board (RCB) Executive Director with a request that the RCB “consider or change the entry-level examination from the CRT to the RRT.”  It was felt that increasing the National Board for Respiratory Care (NBRC) credential from the Certified Respiratory Technician (CRT) credential to the Registered Respiratory Therapist (RRT) credential as a California license minimum would ultimately lead to higher quality respiratory care for California patients and also advance the respiratory care profession in California. The request was subsequently presented to the RCB at its June 24, 2004 meeting at which the request was discussed further by board members, staff and the RCB also received public comments on the topic.

On September 10, 2005, the CSRC Board of Directors also voted unanimously to establish an Advanced Practice Commission (APC).  The APC was chaired by Jeffery Espinoza with Bob Bence and Tom Wagner as members of this small working committee. The charge for APS was simple:

The commission produced its first call to action in the form of a CSRC Whitepaper on advancement of our 4 profession. The CSRC Whitepaper was adopted and published on December 11, 2006 . In this very important first step, the CSRC first called for an RRT license minimum in California. Jeffery, Bob and Tom produced a well written document which serves as the CSRC’s roadmap to advancement.

Over the following years, the CSRC and RCB in partnership, studied the issue and deliberated to draft and propose legislative initiatives to effect this change. In 2007, the RCB published its comprehensive Respiratory Care in California Workforce Report. The report highlighted the dynamics involved across California such as the CRT/RRT mix among practitioners.  This report gave the facts and figures necessary to fully understand the RCP workforce in California. In particular, a small majority of educators (54%) supported RRT as the CA minimum license entry credential. However at the same time, less than a majority of surveyed employers (45%) were in favor.  There was also stronger support in the survey for mandating a time line for RCPs to progress from the CRT to RRT credential within a time period such as 3 years after entry. During this time and in preparation for an upcoming Committee on Accreditation for Respiratory Care (CoARC) mandate (December 31, 2012), many California RT Schools were opting to close out their CRT programs in favor of the more comprehensive RRT programs.

At its May 10, 2011 meeting of the RCB, a report titled “Consideration to Require Passage of the RRT Examination as part of State Licensure” prepared April 19, 2011 5 was reviewed. This comprehensive report compiled by Stephanie Nunez and the RCB staff outlined the various steps and potential consequences of making this shift. It was recommended that the RCB continue to consider the issues presented and revisit the topic at each RCB meeting. The AARC and the NBRC were invited to send representatives to the February 10, 2012 meeting and discuss aspects of the AARC’s 2015 and Beyond Recommendations, including the RRT as the minimum entry credential for licensure in California.

The NBRC representatives presented the new CRT and RRT exam system. Scheduled to begin in January 2015, the new “Therapist Multiple Choice Exam” replaces the current two multiple choice exams (Entry Level Exam and Written Registry Exam).Two levels of passing score thresholds have been established for the new multiple choice exam which determine if a candidate will receive the CRT credential only or will also be allowed to progress to the Clinical Simulation Exam. Upon successful completion of both exams a candidate would then be awarded the NBRC’s RRT credential and subsequently would qualify to apply for a Respiratory Care Practitioner (RCP) license in California.

In early 2013, the CSRC updated its Professional Advancement Whitepaper and adopted a formal companion CSRC Position Paper 6. At the RCB’s February 1, 2013 meeting, Donna Murphy (CSRC President), Russell McCord and Robby Nijjar (CSRC Government Affairs Committee), Ricardo Guzman (CSRC Education Committee), Abbie Rosenberg (CSRC Executive Director) and other members of the CSRC Board of Directors testified on behalf of the CSRC advocating in favor of establishing the RRT exam as the minimum exam requirement for licensure in California.. At that same meeting, the RCB passed a motion “that the Respiratory Care Board recognize the RRT examination as the minimum requirement for licensure for new candidates and to investigate the timeline for implementation”.

During its May 6, 2013 meeting the RCB passed a motion to accept the proposed transition plan presented by the RCB staff and move forward with a January 1, 2015 date for implementation. This authorized RCB staff to initiate the License Act Amendment Process and at the RCB’s November 15th, 2013 meeting a draft of the language was presented. In February 2014, Assemblyman Brian Jones (R) Santee, CA, agreed to formally sponsor this legislative initiative in the form of Assembly Bill 1972 (AB 1972).

Robby Nijjar again testified on behalf of the CSRC before the Assembly Business and Professions Committee. Stephanie Nunez (RCB Executive Director) and a representative of the California Hospital Association also testified in support of AB 1972. The Assembly Business Professions Committee then voted 9-0 to advance AB 1972 to the Assembly Appropriations Committee. On May 12, 2014, Robby Nijjar and Michael Madison (CSRC President) with the help of the CSRC’s Legislative Advocacy firm (Aaron Read & Associates) lobbied in favor of AB 1972 on Capitol Hill in Sacramento. AB 1972 received continuing favorable votes and was signed into law on July 23, 2014 by Governor Jerry Brown.

AB 1972 will become effective on January 1, 2015 and will require that any new RCP applicant in California successfully pass the NBRC’s RRT examination. 7.